A Business Logic Flaw was discovered in the Jack Daniel's Tennessee Squire Association. It led to the full compromise of a user account, with many other accounts inadvertently exposed.

Many people do not know about the Jack Daniel’s Tennessee Squires. The Squire Association is an Elite Club for “friends of Jack Daniel’s”. Anyone that has ever dreamed of being a Tennessee Squire knows how difficult - if not impossible it is to obtain membership without paying thousands of dollars (or knowing someone who can nominate you).

Tonight, I give you an inside look of the Squire Association, and their practices. I found all of this information by first, taking advantage of a WordPress flaw, and then later, utilizing an Account Takeover Scenario as a result of a Business Logic Flaw. I was told explicitly that none of the information in my write-up is deemed private. In any case, there shouldn’t be any issues with disclosing a vulnerability that has been noted as irrelevant, posing no risk to user data, and it’s my duty to inform Tennessee Squires about an easy exploitation method that could result in unauthorized access to their account.

As a final note - I’m sad that this post will probably result in my Tennessee Squire Nomination being pulled, but I’m a firm believer in educating users on the result of inadvertently exposing their information, and educating the business in the importance of identifying and squashing Business Logic Flaws (or at least fulfilling a patch when the researcher reports the flaw for free - especially when there are various exploitation scenarios attached)

Nearly a month ago, I found a simple vulnerability against the Squire Association’s website. Unauthenticated WordPress REST API access allowed me to see many of the internal posts within the website, unrestricted - as well as the simple disclosure information such as username, etc. While the WordPress vulnerability is hardly considered critical, the ability to see internal posts allowed me to intercept private Squire invitations.

Initially, I had trouble registering because I did not have a key piece of information involved in the registration, the “Squire Plot Number”. A quick Google Search brought up hundreds, if not thousands of plot numbers, so bypassing this restriction was fairly simple. It took 5 minutes to end up with an invitation on my calendar. 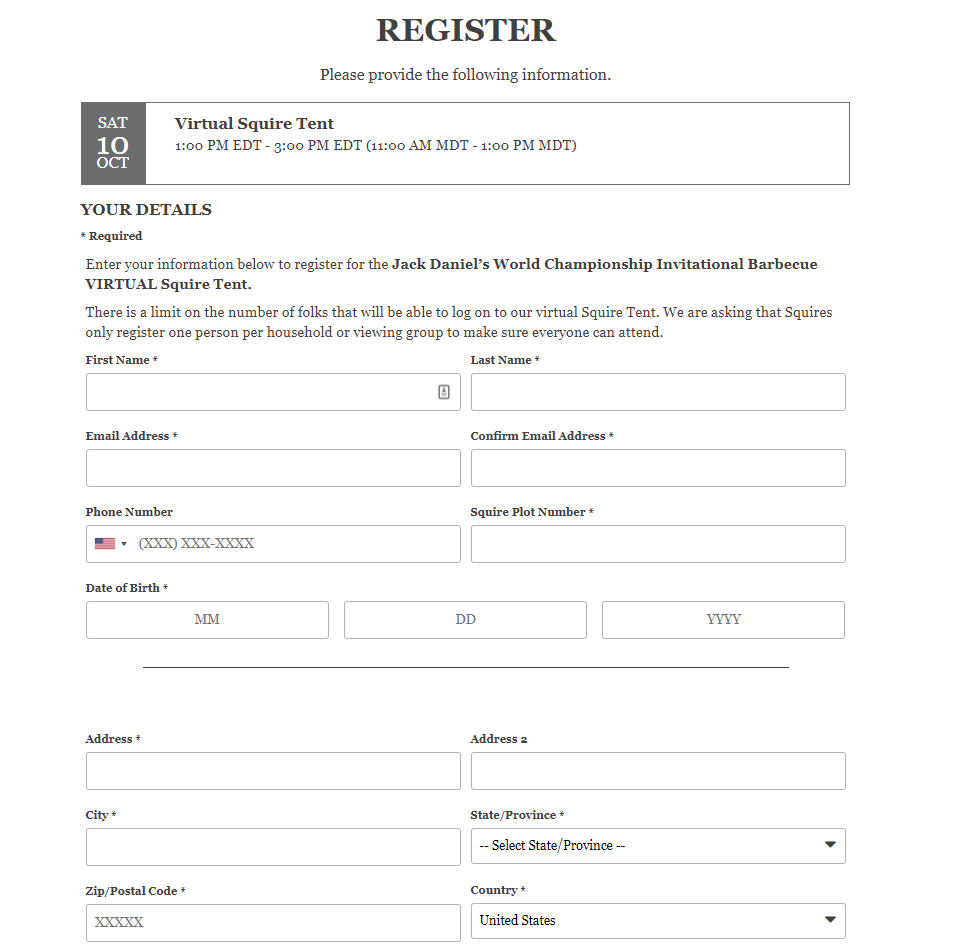 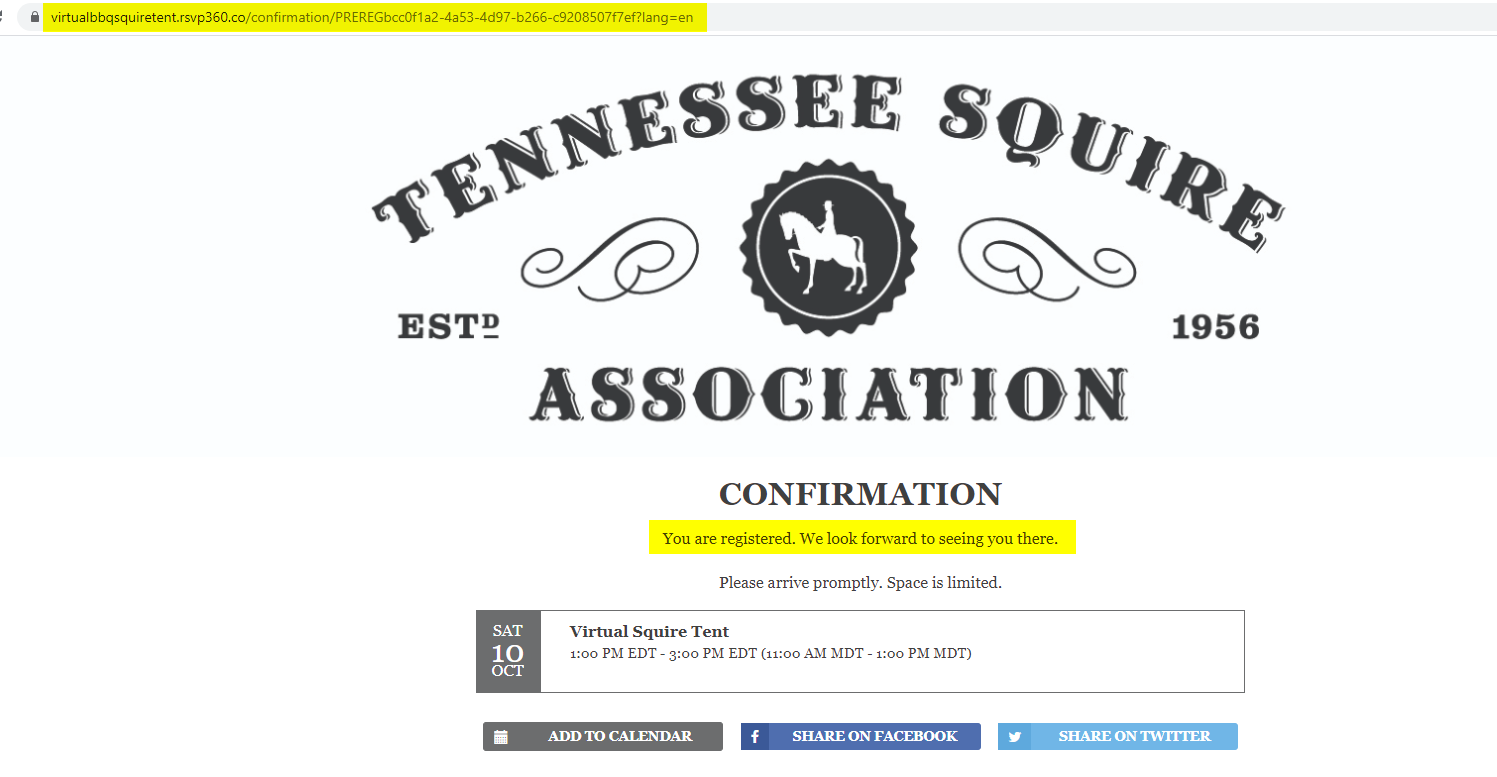 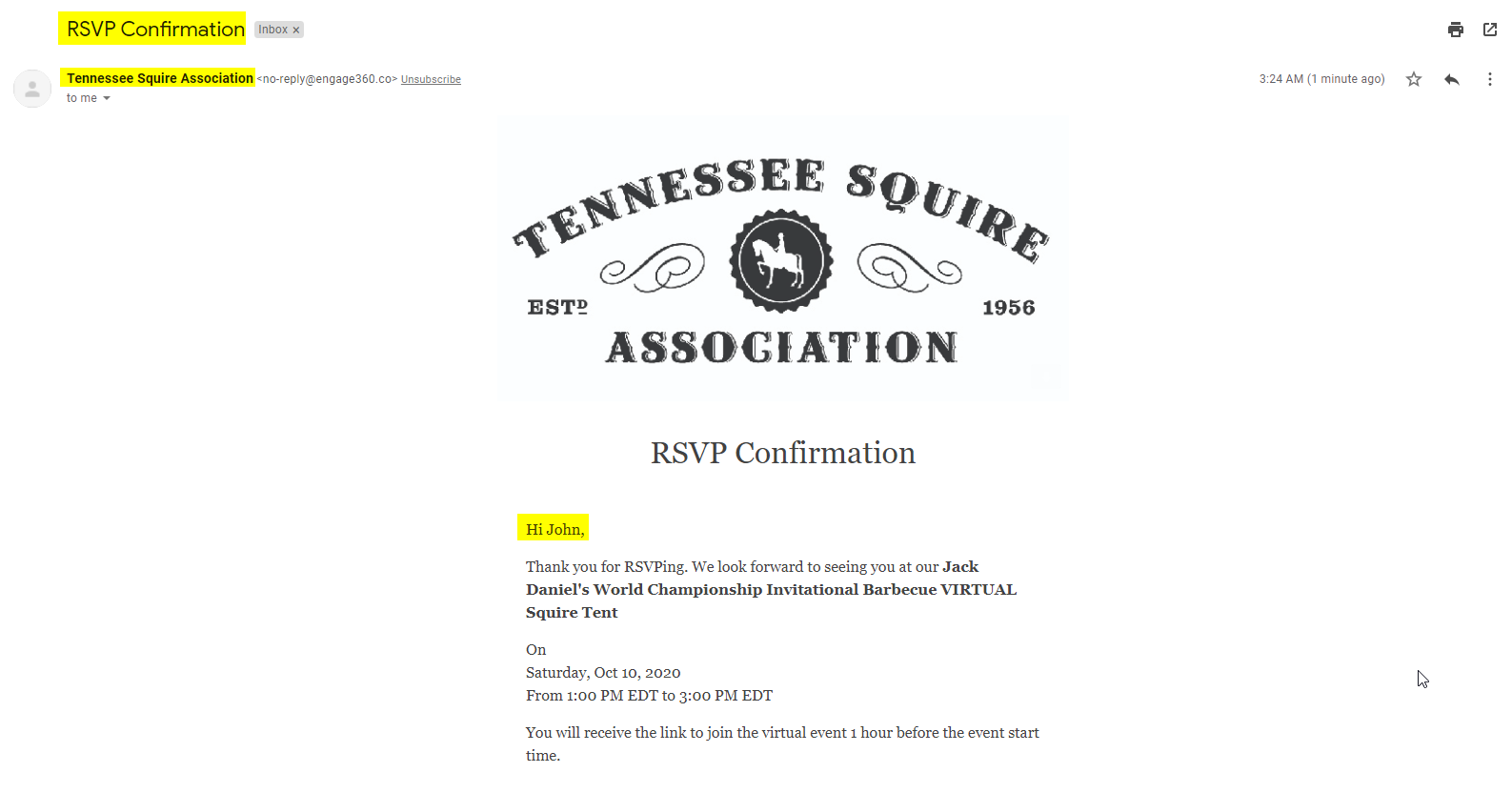 As stated, I was also able to see internal posts: 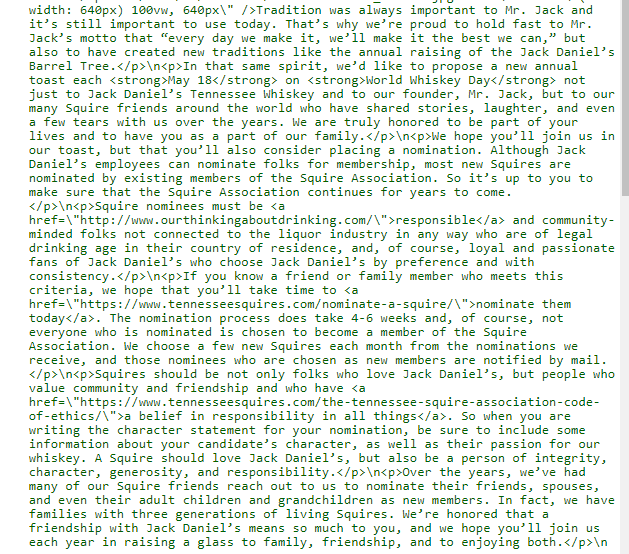 I went through the process of a quick and dirty lookup of a lot of the post-information that I had found, but did not come across any of it through public sources.

The reporting process was difficult. I tried multiple means of contact, but once I was able to get in-contact with the right person, triage of the vulnerability was smooth. The employee appreciated my thorough report, and ultimately - I was satisfied with the outcome. They quickly remediated the REST API vulnerability, and I validated. In addition to the vulnerability fix, the employee had this to say:

I agreed to the resolution because at this point in time a Threat Actor would have to:
1. Want to know a lot of non-sensitive information about the Squires.
2. Care enough to intercept invites that could be acquired through the OSINT process.

Nonetheless, I thoroughly appreciated the response, and I had hoped that they may rework the logic behind authenticating to events with a plot number that can easily be found. We parted ways in our discussions.

Obviously, at this point I had discontinued conversations about any additional website logic. It was clear that the exploits defined above were not “ground-breaking”. Surely they value their user experience, however, being able to find out private information about the organization and attend events were all within the scope of OSINT, should a person care enough to dig.

Yesterday, I had a look at my report because I was curious about the logic behind authenticating for the events with the Squire Plot Number. To my surprise, I found something that I had previously overlooked - the login page for https://www.tennesseesquires.com/ only requires the Email Address and the Plot Number. I remember why I had overlooked this piece of information. In my head, with no second thought, I believed that there was no possible way JD was using a plot number as a password. I had assumed that it was just a part of the login flow, to get to the password field: 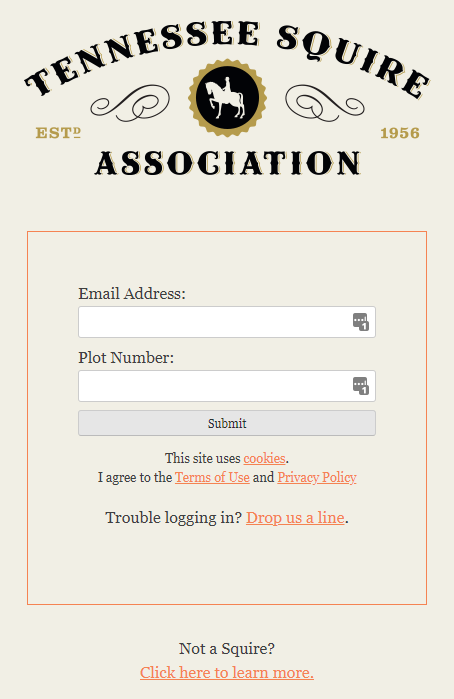 Turns out, I was dead wrong. My heart started racing. Knowing how many plot numbers were exposed, and how easy it easy to obtain a person’s email, I got to work. It didn’t take long to stumble upon this beautiful gem: 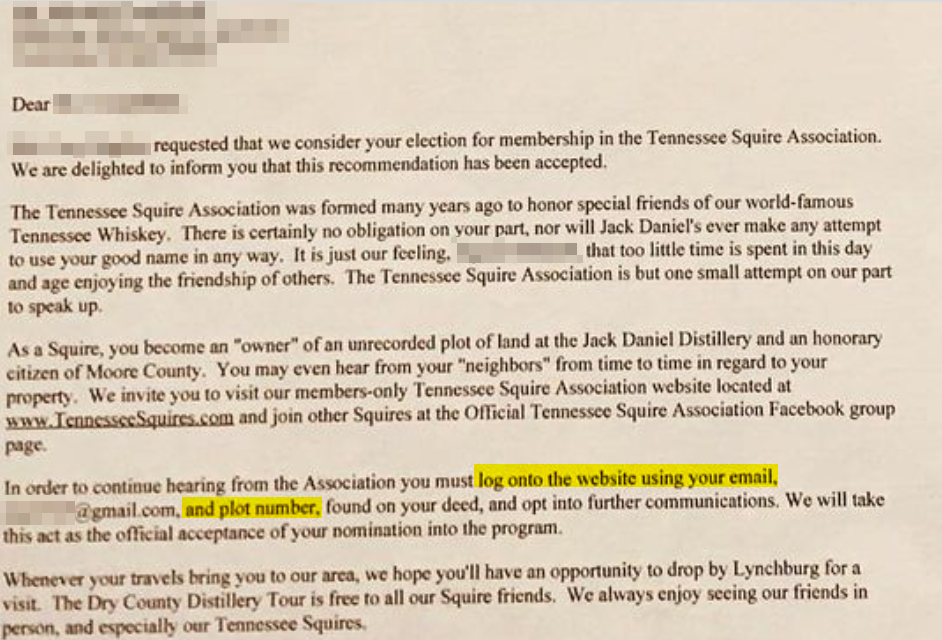 Basically, this is an invitation letter (along with a land deed that is provided to the Squire).
I went ahead and redacted all of the information for the person, even though they were not smart enough to do so [which is a little scary because it has their address, email, and plot number]. This part of the equation is not necessarily Jack Daniel’s fault by any means - a person must be weary in regards to posting their private information online (Especially if it’s their account login LOL) At least I didn’t have their plot number, right?

Opps. Looks like the classic result of Human Error. The Human Element. The newly-crowned Squire is overflowing with excitement, and rushes straight to Twitter/Instagram to post all about it. Between these two photos we now have their Home Address, Plot Number, Personal Email and Full Name.

I still didn’t know if this was a joke or not, I believed that there might be a password that would be setup upon first login. Surely a login attempt wouldn’t work…..right?

Friend: Dude! Guess What?! I just became a Tennessee Squire!
Me: No way, really? Let me see!
Looks at document
Me: Sick bro! What’s your email? I want to send you something cool.
Friend: fake@example.com
Me: Okay cool. I’ve taken over your Squire Account. 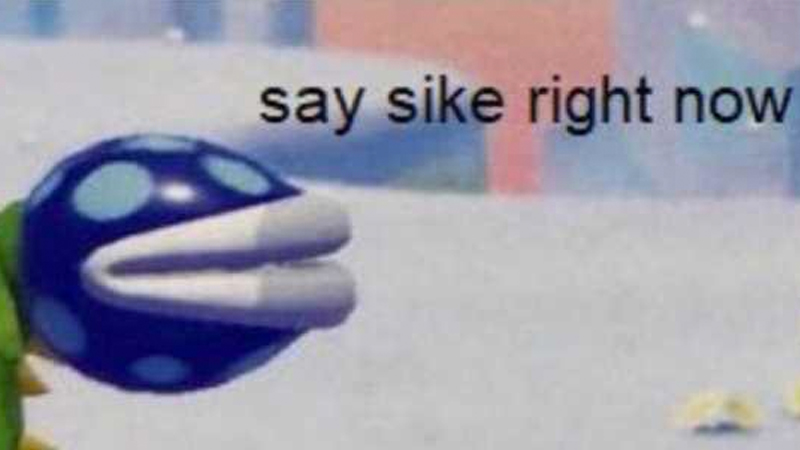 The login not working didn’t stop me. Within minutes I had 50+ Full Names tied to Squire Plot Numbers, and that was just on the first couple of pages of Instagram, using the tag #tennesseesquire

I noticed that Twitter also had pictures that Squires were posting of their invitations. At least some of them were smart enough to redact their plot numbers.

I attempted another login with another enumerated email and plot number: 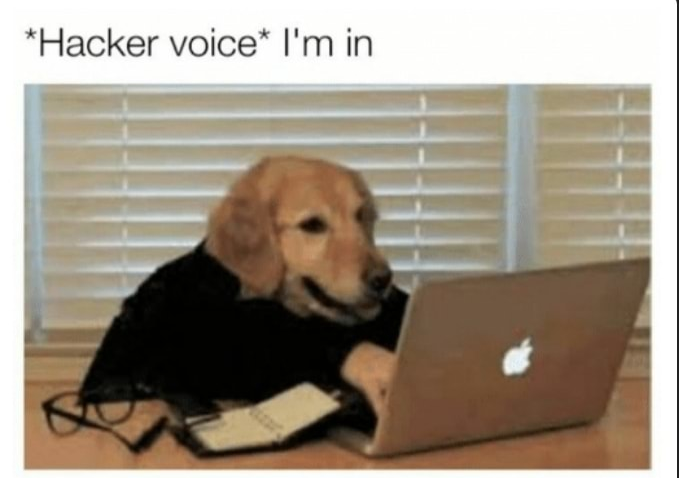 Anyhow, the employee that I triaged the earlier vulnerabilities with told me that there wasn’t any private information that can’t be seen by the public, so I’ve compiled a cool-little archive of info!

Again, none of the information is Private (as the employee has affirmed) therefore, enjoy some cool reading about the Organization!

I went through a near-identical reporting process with this vulnerability, however, this time I had a direct line to the employee. I reached out via email and received no response. Being that their phone number was attached in their email signature, I reached out.

I let them know that I would likely disclose the vulnerability, and that it should be fixed, their response was:

Their response was clear. There would be no harm in disclosing any of the internal information. None of it is private! It’s apparently impossible to manipulate account info (because I can’t Social Engineer the company into updating my information) - Clearly they haven’t seen Rachel Tobac’s work.

The risk was accepted, and the vulnerability will go unpatched. Here are several reasons why I believe that this instance of account takeover could possibly result in further exploitation:
Disclaimer, I obviously didn’t attempt many of these exploitation methodologies, therefore I cannot vet the authenticity or probability of it working - however, it’s my best working theory of the methodology