During research, I stumbled upon a TestRail application. While using Burp Suite to look at various requests and responses of the application, I noticed a files.md5 path: 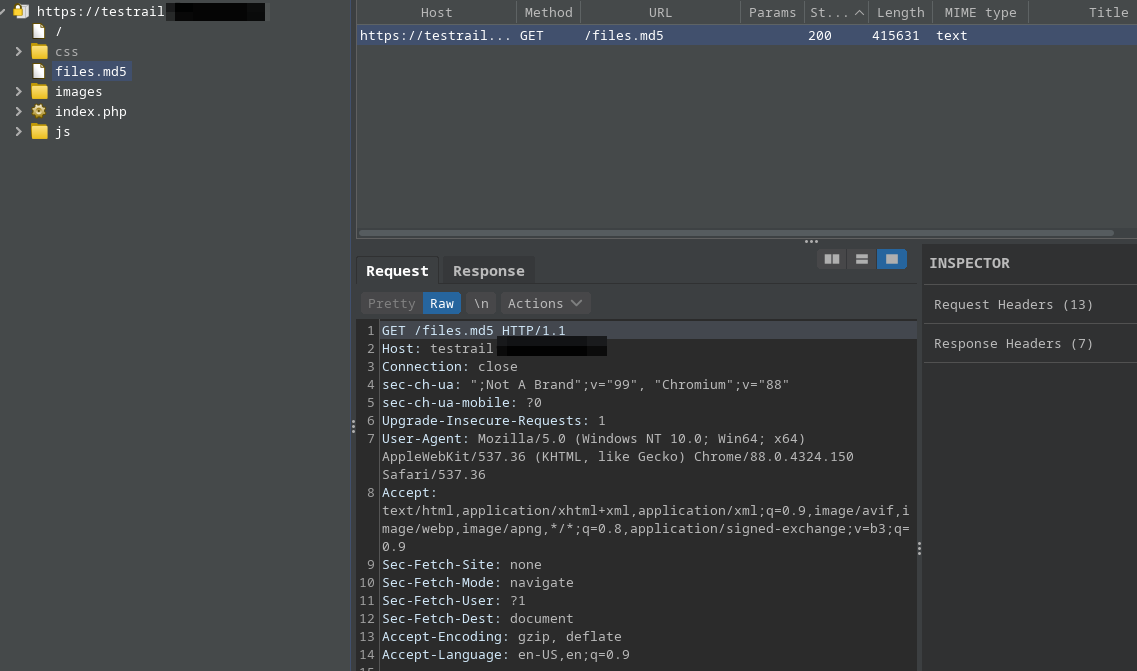 It seemed fairly normal at first, until I saw how massive the list was: 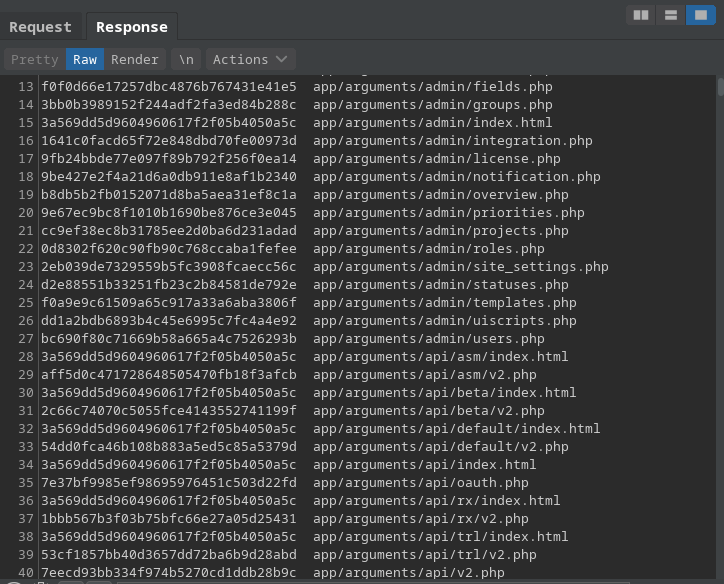 I attempted to try some of the paths, and was forbidden from accessing a lot of them. When I found a few paths that worked, I realized that I would need a better solution to check all of the paths. The most realistic option was to build a fuzzing script.

First and foremost - I know that bash in python is ugly and I’m at peace with it. I needed to whip up something quick and dirty to get the job done. Eventually, SickCodes built a nice bash script that automates this entire process, but this is what I started with:

The above code basically makes a curl request to the files.md5, and uses awk to only grab the second column of the file, and then appends a forward slash in front of each. The script then writes it to a wordlist file, with fully functional paths.

As a side note, I will say that I observed multiple applications with slightly custom files.md5 paths - which makes utilizing a custom wordlist important.

I then fuzzed the application with dirsearch:

This produced a nice little file of paths to sort through.

We weren’t sure how much of an impact this would have. I brought in SickCodes to develop this further, and he built a bash script that can automate this process and downloaded the files quickly. After sorting and testing multiple applications, a pattern behavior was discovered. Most of the TestRail applications do not restrict the full.sql file paths:

The result was unauthenticated download of full.sql files (and other important database files). We observed disclosed API keys, secrets, passwords, etc across multiple applications. The root cause of the vulnerability is obviously an access control restriction, however the leading cause of even knowing that the files existed was because of the files.md5 path.

The amount of applications exposing these files is alarming, and it predominantly affects the government space and large corporations.

We have made the python and bash scripts accessible for use.